Sex&Drugs&Rock&Roll to screen at Bonnaroo 2015

by Bobcrete
Comments are off

Bonnaroo, a music and arts festival in Manchester, TN, will be screening the first three episodes of the show at their Cinema Tent on June 13, 2015 with a cast member Q&A.

Sex&Drugs&Rock&Roll, created by and starring Denis Leary, will air on FX on Thursdays at 10 PM e/p, beginning July 16. Leary stars as “Johnny Rock,” a self-destructive, yet deeply talented, washed up middle-aged musician who gets an unexpected second chance at fame and glory when “Gigi” (Elizabeth Gillies), the daughter he never knew he had, shows up on his doorstep filled with dreams of superstardom and enough money to make those dreams a reality.  Johnny agrees to become Gigi’s songwriter and reunite his old band The Heathens (John Corbett, John Ales, Robert Kelly and Elaine Hendrix) as her backup band in exchange for another stab at becoming a rock legend.  Now all he has to do is set aside his ego, self-sabotaging ways, and dependency on drugs and booze, long enough to get the band back together…and keep it together this time. 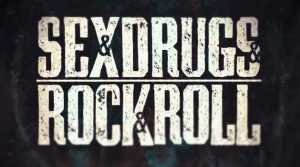