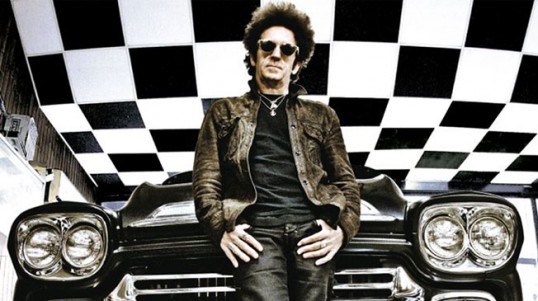 Willie Nile, American Ride (River House/Loud & Proud Records): This veteran singer/songwriter is a journeyman in the most honorable sense of the word, a man true to his musical roots and vision, and devoted to following wherever it takes him, from his hometown Buffalo to the streets of N.Y.C. “Is anybody there?/Does anybody care?” he shouts out in the “Badlands”-like strains of “If I Ever See the Light,” and if he sounds too much like Bruce Springsteen, at least he’s come to it honestly, counting the Boss as one of his many fellow musician fans, having performed with the guy on countless occasions preserved on YouTube, so you can look it up. Others who have testified their public admiration include Bono, Pete Townshend, Lou Reed, Paul Simon, Ian Hunter, Graham Parker, Jim Jarmusch,  Little Steven, Adam Duritz and Lucinda Williams, all of whom can also be heard as influences. After raising the money to record the album through online site  Pledgemusic.com and the contributions of such industry vets/longtime fans as Daniel Savage and Tom Cawley, it ended up being distributed by RED’s classic-rock label Loud & Proud. You gotta appreciate a grizzled old Boomer defiantly preaching, “This is our time/This is our place/This is our moment/In the human race.” Whether he’s singing about loving a child (“She’s Got My Heart”), his adopted home turf (the sharply observed, Dylanesque “Life on Bleecker Street” and “Sunrise in New York City”), a cross-country road trip in which he name-checks “Elvis Presley and the Reverend Green… Abraham Lincoln and Martin Luther King” on the title track (a collaboration with the Alarm’s Mike Peters), a playful ode to the mysterious ways of the Almighty (“God Laughs,” co-written with The Hooters’ Eric Bazilian) or a sassy rebuke to a “Holy War” (“God is great/You’re a fool”), Nile has a way of getting directly to the point, with no frills, wearing a rock & roll corazon on his sleeve. There are also idiosyncratic stylistic forays, from a riveting punk take on poet Jim Carroll’s “People Who Died” to the finger-snapping, Louis Jordan-style, coolly apocalyptic jump-and-jive of “Say Hey” (“What do you say when the world blows up?). By the time he gets to the elegiac “The Crossing” and the strumming acoustic Woody Guthrie sing-along populism of “There’s No Place Like Home,” it feels like you’ve been on a voyage with a wizened troubadour as your guide. He may not be the next Bruce Springsteen, Elvis Costello or Graham Parker, but he remains the only Willie Nile, and on the basis of American Ride, that has proven to be more than enough.